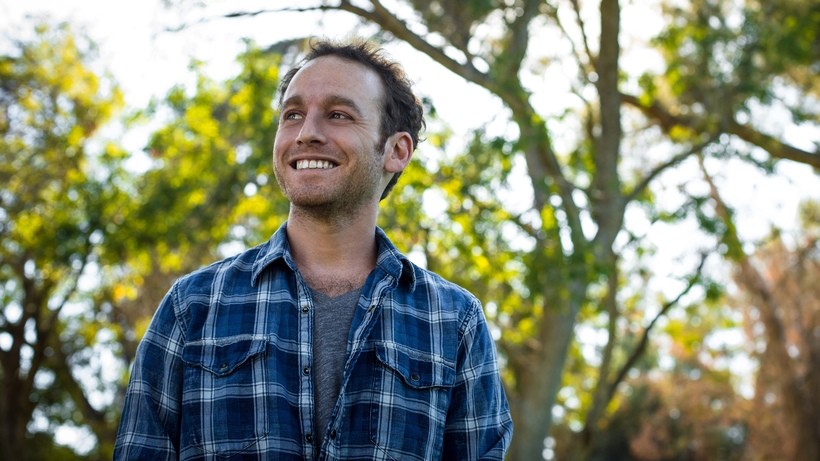 Matt Westerman is a Southern California based singer-songwriter that is getting ready to release his debut EP, Life Out Loud, on November 10th. Life Out Loud is a compassionate debut collection of six uplifting and hopeful tracks that fans of the tried and true acoustic guitar wielding songwriter will be easily drawn to. The EP features the kind of modern AC radio format tunes that will surely raise the spirit and cleanse the mind during these uncertain times. Think Jack Johnson meets Matt Nathanson.

Today, Matt has teamed up with Huffington Post to exclusively premiere the music video for his current single “One Fine Day,” the first single to be released from the record. The video features footage of Westerman on his first ever skydive, as he soars over a Southern California landscape. From the tension of arriving at the airfield, to making the jump, the video is incredibly breathtaking. Westerman talked about the song and its accompanying video:

“One fine day is a song about metaphorically taking a leap of faith, so for the music video I decided to literally take a leap of faith and jump out of an airplane for the first time.”

“One Fine Day” is undoubtedly a song about leaving all of your doubts behind and taking on your greatest fears to fully live your life, and by jumping out of a plane for his current music video, Matt Westerman luckily takes the jump for us. Hopefully others will hear his message of positivity and self-empowerment and conquer their own fears and doubts.

During the recording of “Life Out Loud” Matt had the pleasure of working with pedal steel player Marty Rifkin (longtime Bruce Springsteen collaborator), and session regular Sean Hurley on bass, who has appeared on several John Mayer records, and is on tour with Idina Menzel. The EP was produced by Brad Swanson, whose credits have been featured on television shows such as “Smallville,” “CSI,” and “Ghost Whisperer.”

“It means a lot to me spiritually and creatively,” said Westerman about the EP. “It was a big challenge and I had no idea how I was going to get it done, but I decided to take the first step and figure it out as I go, beginning with the songs. It was an amazing experience and I couldn’t be happier about how it turned out.”

The EP is inspired by Matt’s unique background in music, education, and psychology. He’s spent the last few years working as a self-employed tutor which have informed and impacted his songwriting. In the couple of years, Westerman has been carving out his dreams on stage, with gigs all over the Southern California area – from clubs, to bars, to busking on the Santa Monica pier.

Matt will be celebrating the release of his new EP with a show at the historic Mint (Stevie Wonder, Ray Charles, and Macy Gray have all graced its stage) in Los Angeles on November 10th.